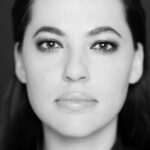 The Gatineau-Ottawa region is marked by the daily struggles between these two neighbouring communities, whose cultural, political and linguistic traditions differ. The film Gephyrophobia, an English word for the phobia of bridges, is a film about movement, landscape, and the tension between two distinct identities whose common border is the Ottawa River.